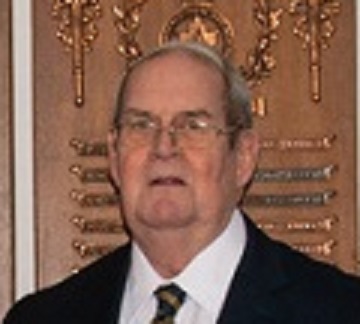 Family, friends, colleagues and Legion Comrades attended the Legion Memorial Service and Celebration of Life event Saturday June 18th 2022 at the Merrickville Legion Br 245. The event was well attended and it was nice to see and meet so many who knew Al.

Born on March 10, 1943 in Montreal, Quebec, Al began his military career in 1959 with the 8th Canadian Hussars, later attending the College militaire royal de Saint-Jean (CMR), and graduating in 1964 with a degree in Economics and Political Science from the Royal Military College (RMC). He joined the 12e Régiment blindé du Canada (12 RBC) and a succession of military assignments followed inside Canada and overseas. Al’s favourite part of military life was travelling. Deployments and special assignments within Canada included moves to Ottawa, Valcartier, Petawawa, Toronto, and Gagetown. Overseas assignments for NATO and the United Nations took him to Germany, Finland, Cyprus, Kenya, Somalia, and Honduras. In total, Al spent 39 years with the Canadian military retiring as a Lieutenant-Colonel in 1998.

Al had an enormous soft spot for animals of every kind (crows and gophers excluded) and home life was kept occupied by a succession of wonder dogs (Tanya, Poochy, Lacey, Josie, Leila, Oreo, and Abi) and the never-ending cottage and home maintenance at Sand Lake and later in Merrickville. A skilled handyman, Al was always ready with a solution to a homeowner problem and had a large selection of tools to choose from. “Bluebeard the Pirate” also roamed Sand Lake in his small sailboat or runabout, usually with a bemused dog or two in tow. He was an avid driver, ferrying his sons Colin and Sean locally and across North America to a variety of activities including soccer tournaments, scout camps and model railway shows. As an avid reader he never shied away from a good military history book. Being interested in world affairs he was almost permanently tuned to CNN, the History Channel, or CBC radio.

Later in life Al was an active volunteer with the St. John’s Ambulance Therapy Dog program, Merrickville Legion branch 245, and the Old Farts Breakfast Club. He loved a wide variety of music from opera to bluegrass although on occasion the song selection would become “stuck” on one particular song. Finally, he achieved his teenage dream of owning a BMW in retirement.

Al is survived by his wife of 55 years, Pat (Galloway), and his sons, Colin (Lucie & Grand-daughter Emilia) and Sean (Junko).

An interment ceremony with military honour guard was held at the National Military Cemetery located within the Beechwood Cemetery on Saturday June 18, 2022, at 11:00 am. A social gathering followed at the Merrickville Legion from 1:00 til 4:00 pm.

If friends so desire memorial tributes may be made to the Wounded Warriors (www.woundedwarriors.ca), A Chance Animal Rescue, (www.achanceanimalrescueinc.com), or the St. John’s Ambulance Therapy Dog program (www.sja.ca). If you have pictures or memories of Al that you would like to share with family and his friends please send them by email to: AHMemories22@gmail.com.Published on May 3, 2022